The world has gone bonkers recently. Or, to be more accurate, the mask has slipped and the madness that was always there is finally showing through.

The “only two genders” video doing the rounds is a case in point. The sensible young lad exposing his teacher as a jobsworth mouthpiece is already a classic meme but the serious part of it is the whole issue of transgender and its place in society.

First off, there have always been people who identify as trans and intersex (yes, I know it’s not the same) and no, these people should not be harassed or abused for it. But the present gender soup policies pursued by some are not the answer in terms of eradicating the bullying of these people, nor are they the means of having trans and intersex accepted in general society.

Leaving aside the hard science of two sexes, with its XX and XY chromosome hardwiring, some of the arguments for gender fluidity are at best a bit wobbly and at their worst a bike with no wheels.

To be honest, it’s all a bit wearisome trying to follow the ridiculous logic of some of these militants. What makes it all very sinister, though, is the hysterical hatred that drives some of these activists to want everybody that disagrees with them to be criminalised. Disagree with their groupthink and you become a social pariah. And be reported to the police, who are being increasingly pressured to become the Thought Police.

There is a strong argument to be made that nobody should be discriminated against on the grounds of sexuality or gender identification. That is both sensible and humane. The reality is that if some folks identify as something or someone other than the perceived gender norms, that is really their business and certainly they should not be harassed for it nor discriminated against.

To be honest, much of the prejudice shown against queer people – and I use that term with no malice – is immaturity. Immature people are always threatened by diversity because they are in a fear paradigm. It’s mature to just accept that there have always been people who walk a different path.

On the other hand, it is equally immature to refuse to accept that the vast majority of people live in a binary world. To seek parity for trans and intersex people in terms of fairness and the right to live a life without being persecuted and predujiced against is one thing; to seek to impose upon others a militant ideology that demonises and criminalises those who disagree with some of that ideology is a whole different matter.

The “only two genders” video is a perfect example of this. The reality is that many – and by many I mean probably the vast majority – believe there are only two genders or sexes. To attempt to use the force of law obtained by having politicians legislate for a 2+ gender “normality” in order to further a clearly politicised agenda and criminalise dissenters is no way to win the argument. Such an approach is Orwellian and doomed to failure. It will just result in more videos and more schoolboys making them, displaying the abject poverty of resorting to the argument that “There are more than two genders because The Authority says so.”

An appeal to authority in Britain 2019, that is authority established by virtue-signalling politicians, is the poorest of arguments.

The real challenge for those advocating a 2+ gender humanity is where it has always been – in the scientific sphere.

Demanding a scientific foundation for accepting there are more than two genders or sexes is not prejudice or bigotry; it is good sense. And that takes into account that some people are born intersex and with other complications of genitalia etc.

That doesn’t change the fact that most of us are binary in our gender orientation. Of course, people will identify how they choose or feel and they should not be persecuted for that if they don’t conform to the societal norms.

However, if the agenda is to change how people think about sex and gender by demanding we all think like them, that is only going to result in a backlash.

N.B. I am writing this with a pair of women’s slippers on my feet that I wore to go outside. No gender stereotypes here!

I first met Billy McNeill as a young boy when he came to play with other Celtic legends at a charity game in Larkhall. My dad also played in the game and you could see how much respect he held for big Billy as they blethered in the dressing room.

Over the years I have had the privilege of being in Billy’s company, working with him at football Q&A nights and being with him and my old man at sportsmen dinners.

Sometimes there is a sad persona that comes off old players as they leave behind their glory playing days and become ordinary guys trying to make a living. That could never be said about Billy McNeill.

The class and dignity that came off him in sheets on the field of play was always with him even after he hung up the boots and departed the dugout. He was every inch the ambassador for his club. Contrast his quiet dignity with the present possessor of the Captain’s armband and you will see how standards have fallen, not only in football but in society.

Billy McNeill was a man. Today’s footballers are mostly manchilds.  He stood head and shoulders above most in terms of sheer leadership energy. You might hate him but you couldn’t help but admire him.

As a boy I loved to see my beloved Rangers beat the teams he captained. But you had to admit he was an outstanding leader of men.

Another unappealing trait of players and ex-players is the arrogant disdain some show for fans. This was another unpleasant aspect missing from Billy McNeill’s personality; he had time for people and understood their need to feel special being in his presence.

Big Billy was hurt by the Mo Johnston situation when the player he thought he had captured signed instead for Rangers. But he was a big enough man to not let that make him bitter. He and my dad maintained their friendship despite it all.

Being Captain of the first British team to lift the Big Cup was a feat that in itself secured Billy McNeill legend status. But that was just one achievement in a glittering career, albeit the biggest.

Perhaps you could sum up the character of Billy McNeill by saying that in an era where respect between Rangers and Celtic fans is at an all-time low, many bluenoses are today genuinely grieving his passing.

Archie Macpherson was asked to sum Billy McNeill up in one word on television tonight. He said “Classy.”

I wouldn’t argue with that but my word would have been “Imperious.”

What you cannot argue with is the epithet that summed him up and brought the genuine if grudging admiration of even the most fervent Rangers fans: Leader.

The recent brouhaha over the “Cheer up” song has highlighted how preposterous the claims are that Scotland is riven with sectarian hatred.

There has been an ongoing myth that there is a religious divide at the heart of Scottish society but the truth is, you would strive in vain to find it in 21st century Scotland. The old doctrinal and theological arguments between Roman Catholic scholars and their Reformed counterparts are very much a matter of yore these days.

What we have now is not Protestantism versus Catholicism but Proddies v Kafflicks. Today’s so-called religious divide is far more about culture than faith and far more about football allegiance than anything else.

The truth is, Rangers and Celtic fans hate each other. And that hate is not religious, it is tribal.

The epithets of “Orange” and “Fenian” attached to questions of legitimate parenthood are slung relentlessly across the divide. Neither label carries the same religious connotation it once did.

The recent comedic cries of “Orange bastards!” by Celtic supporters directed at Spanish police illustrate the point that for Celtic supporters and others who use this term, they are referring to a perceived anti-Celtic bias in people.

In other words, Orange bastards are Rangers supporters.

Neil McCann, a Catholic, was on the receiving end of this “Orange bastard!” slur simply because he played for Rangers. Since no Catholic can join the Orange Order, the label is preposterous and clearly of zero religious connotation.

As is the term “Fenian bastard’ which has infamously been sung recently by Rangers supporters toward Kilmarnock manager Steve Clarke, something which he rightly took great objection to.

Clarke went out of his way to say he was a Catholic but no Fenian. The distinction is far more widely understood than crafty politicians and mischief-making journalists would have us believe. Their agenda-laden attempts to sow seeds of hate and discord among the populace by an increasingly ludicrous claim that when people use the phrase “Fenian” they mean Catholic is looking more and more stupid as time goes on.

Celtic have Protestant supporters and Rangers have Catholic ones. Both clubs are followed by people from other faiths and none. When both sets of fans shout abuse at each other, the Orange and Fenian chants are tribal, not religious. Unless, of course you can have Protestant and Catholic Muslims and atheists.

The tribal stuff is childish, of course. It is a throwback from the playground, not church or seminary. But such is the nature of football rivalries.

We also need to take into account that for both Rangers and Celtic the ramped-up rivalry is arguably the biggest part of the marketing mix.

Only, let’s be grown up about it and stop deluding ourselves it is religious bigotry.

As a wise man once said to me, the problem is not that there is too much religion in Scottish football; the real problem is there is not enough. 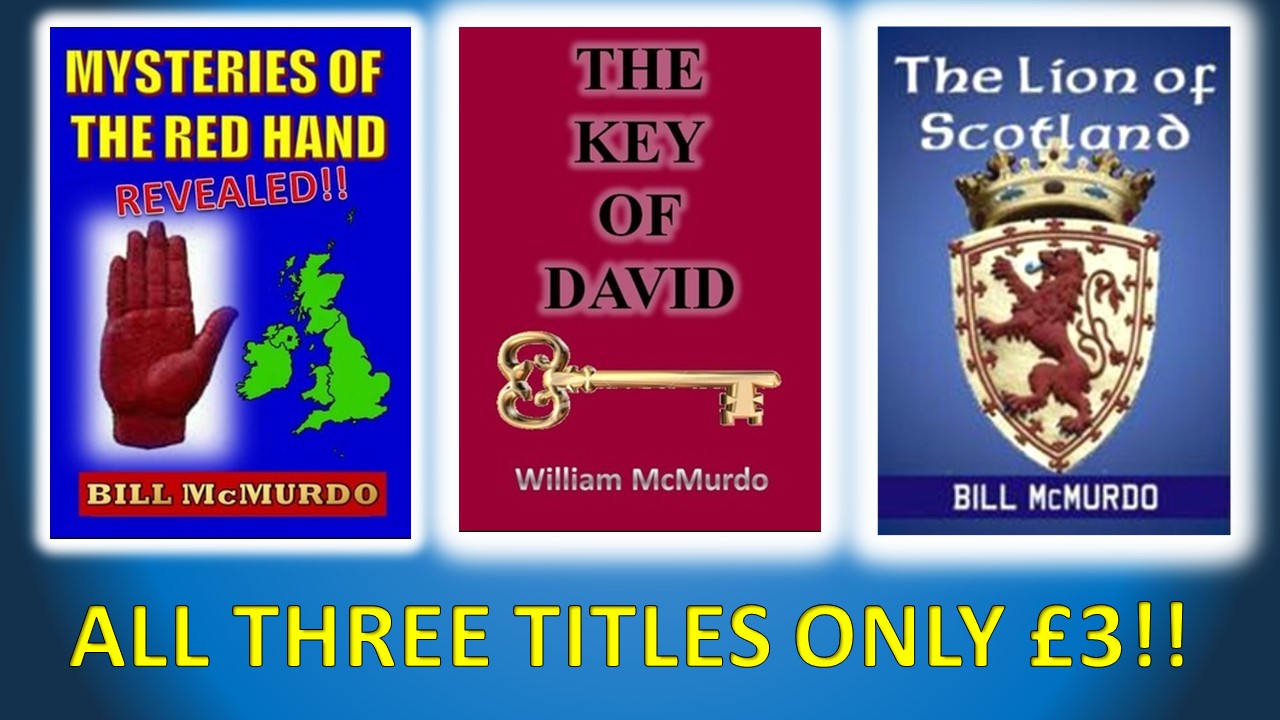